Cloudways Review Real User Ratings | Is It The Best Web Hosting In 2022?

Are you looking for a managed WordPress host that combines good performance and a reasonable price? Cloudways ensures that your WordPress website operates at its utmost speed while also providing unbeatable protection.

Read our Cloudways review to know the full details. I believe that the vast majority of website proprietors will be more than satisfied with the services that Cloudways provides.

Don’t forget that we have a unique Cloudways promo code, which you can use if you decide that you want to give it a try for yourself. Your hosting costs will be reduced by 10% for the first three months as a result of this purchase.

Excellent value for the money

Very easy to set up

When it comes to cloud-based managed WordPress hosting, Cloudways is one of the few providers that offers an excellent mix between an affordable price and amazing functionality.

Cloudways offers fully managed hosting and makes the promise that WordPress sites will no longer load slowly and that hosting troubles will be a thing of the past.

The platform-as-a-service that they offer Cloud servers offer a comprehensive feature set that is second to none, and as your website expands, you have the ability to scale up its hosting capacity. Their infrastructure is honed to perfection in terms of both speed and performance, as well as safety.

Cloudways does not provide standard shared, VPS, or dedicated hosting options; instead, it balances the load on your website by utilizing the resources of several clustered servers.

Instead, the firm provides different pay-as-you-go cloud hosting packages that are billed on an hourly basis. This means that you will only be charged for the amount of time that you have really used.

If you are on the fence about choosing Cloudways as your managed WordPress server, then you should join up for the free trial that Cloudways offers so that you may test out their platform for a period of three days.

Before delving into the specifics of Cloudways’ capabilities, it is essential to point out that we put their web hosting platform through a genuine evaluation first.

Since Cloudways provides a free trial, let’s put together a demo website or application to try it out. To accomplish this, all you need is your name and a working email address. After your email address has been validated, you will be able to build your server.

The procedure is relatively simple and may be completed with little effort. I made the decision to implement the advice provided by the Cloudways Bot and set up a server with 2 GB of RAM, a 50 GB SSD Disk, and a single Core CPU. It gives you the option to pick where your server is located, and I went with New York.

You have the option to automatically install applications like WordPress, Joomla, or Magento whenever you create a new server. This is a convenient time saver. In preparation for this analysis, I decided to get WordPress installed.

The server will be created after you click the “Launch Now” button. The server was ready in under five minutes after it had been running. After that, I was granted access to the new testing site. Because I wanted to test how quickly the server was able to process requests, I set up WordPress with the Astra theme but did not install any cache plugins.

Cloudways’ control panel allows you to take control of your servers after you’ve signed up for an account. Cloudways’ bespoke control panel is straightforward and contemporary in its own right, unlike the usual cPanel of most servers. Servers, applications, teams, and projects are all accessible through the panel’s menu.

DigitalOcean, Linode, Vultr, AWS, and Google Cloud all contribute to Cloudways’ server infrastructure. SSD-based virtual private servers (VPS) and dedicated servers (DS) are common among all of these companies.

In addition to the cloud architecture, many caching technologies are used by Cloudways to improve servers. Breeze is the in-house caching plug-in used by the firm. This plug-in can be installed, activated, and deactivated in a matter of seconds. But most crucially, it supports CloudwaysCDN, the company’s in-house content delivery network.

By caching your web pages on many servers situated around the world, CloudwaysCDN improves both speed and reliability. The free trial account does not include this functionality, but you can get it with any of Cloudways’ commercial plans for a very reasonable price. Application Management is where you’ll find this functionality, and adding it is as simple as clicking a button.

Cloudways have one main downside. If you wish to register a new domain or utilize your domain’s email address, you’ll need an outside solution.

It does give various email solutions as add-ons including a free Gmail SMTP add-on you may use to establish an external SMTP provider to send up to 99 emails in a day using automatic SMTP delivery, but that’s it.

Before purchasing Cloudways’ cloud services, you should use the 3-day free trial, which doesn’t require a credit card.

Your complete name, email address, a strong password, and two “ready-made” responses are required. After verifying your email, you may set up your server by choosing a cloud provider, server location, server size, and applications.

Cloning as well as staging

Cloudways’ staging tool will come in useful when you want to try out changes before making them permanent on your website. Once you’ve tested the modifications in a staging area, you may push them to your live site. So there will be no worries about making modifications that you can’t undo.

Given Cloudways’ “best-of-breed” infrastructure and global data centers, speed should be its least worry. A GTmetrix speed test on the site indicates promising results.

The loading speed (5.3 seconds) and all other core speed measurement measures (biggest contentful paint, total blocking time, and cumulative layout change) were above average, leading to 91% from GTmetrix.

Cloudways doesn’t give an uptime guarantee, although every cloud hosting provider on its site does.

After monitoring Cloudways’ official site for two weeks (through UptimeRobot), we didn’t discover any downtime, however there were some response speed fluctuations. Since consumers won’t be hosting directly with Cloudways, these statistics don’t show total performance.

Cloudways’ live chat help is available 24 hours a day, seven days a week. The blog and knowledge base, as well as the discussion forum and social media pages of Cloudways, are all options. When there is an upgrade or an issue with the servers, CloudwaysBot will notify you through email or text message.

The prices of the various plans that Cloudways provides begin at $7.50 per month and can go up to several thousand dollars per month.

Although it is a significant difference, it may be accounted for by the varying quantities of RAM, CPU, disk space, and bandwidth that are included with each service provider.

There are different prices for each hosting option, but all of the basic plans include the same fundamental components. Free SSLs, unlimited daily backups, and the ability to host an infinite number of websites or applications are all included.

Each provider’s fundamental resources are almost identical, with only a few minor differences in location. The same services are offered regardless of the service provider, such as basic security precautions, 24/7 customer support, and limitless installation of applications.

The big question now is: How much does Cloudways’ price differ from that of the original service providers? Cloudways is much more expensive than DigitalOcean for the same base resources.

Cloudways, on the other hand, provides additional simplicity by setting up and deploying the server for you. Additionally, there is a control panel with a wide range of essential features. So far, it appears to be a viable choice.

Cloudways’ managed hosting services will help you leverage the power of the cloud for your own nefarious purpose if you want the power of cloud hosting but prefer not to fuss with the technical details of setting up your site all by yourself or hiring a developer to do things for you.

This is because you want the power of cloud hosting but do not want to set up your site all by yourself. I’m referring to your own website, specifically.

In all, I found Cloudways to be an innovative option for users that want the benefits of cloud hosting but do not want to deal with the complexities of the technology itself.

Even if Cloudways isn’t quite as user-friendly as traditional hosting businesses, the process of establishing an account with a cloud host is made much simpler by using Cloudways.

Join up for Cloudways right now if you want the benefits of cloud hosting but don’t want to deal with the extremely technical setup, fluctuating fees, etc. If this seems like something you’d be interested in, go ahead and sign up.

The number of people using Cloudways is constantly increasing. It does not provide the usual shared, VPS, or dedicated hosting options; instead, it balances the load on your website by utilizing the resources of numerous clustered servers. 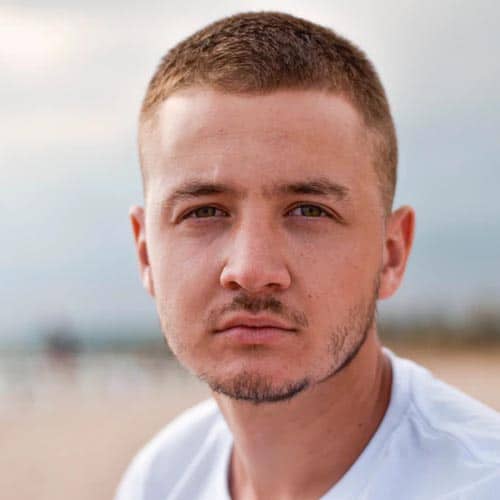 Evan’s relationship with technology used to be rocky. Computers and phones would shut down when they saw his coming. The concept of creating a website seemed absurd. That didn’t stop him – one blog later, he was bitten. With Website Builder Expert, he could merge his actual passion for writing with his newfound interest in technology.